Bearing the Light of Christ in the public square. Learn more and get involved. 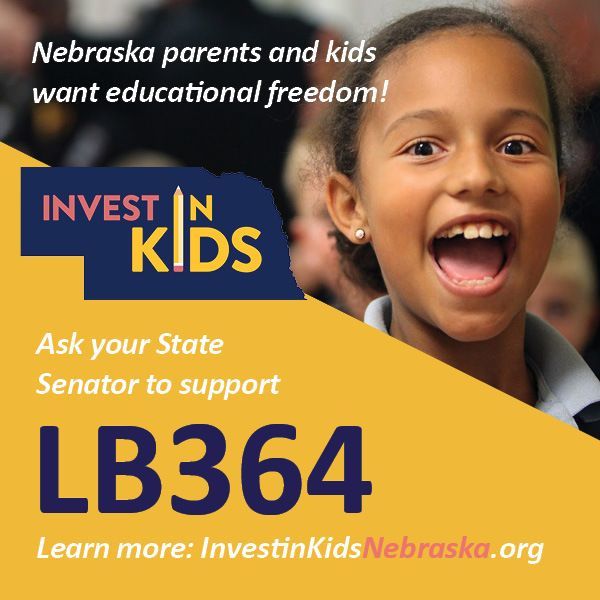 The truth will win in the end

LB364, the Opportunity Scholarships Act, was debated by the Nebraska Legislature last Wednesday. Several State Senators tried to kill this bill, which would help provide private school scholarships to low-income families, with a filibuster. After an eight-hour debate, it fell four votes short of the 33 votes needed to break a filibuster. The vote was 29-18 (two were “present-not voting”).

Our schools thrive on community relationships, built upon a bedrock of local control and family engagement. Knowing the friends and community members who help our schools and communities thrive is critical to human flourishing. Pope Francis has often spoken on the theme of “alienation.” Whether the alienation is from our own family and friends who surround us or the land that we work around us, this alienation is contrary to our human spirit which seeks community with others and seeks to know God through the work of our hands.

Every parent deserves the ability to choose an education that is best for their child. No parent should be denied this fundamental right. LB364 helps families lacking financial means to exercise school choice by increasing the number of scholarships available to those families.