Here's a snapshot of the most important bills we followed and advocated for on your behalf. Click on the image for a downloadable and printable file. For any questions send us a message or call us at 402.477.7517. A more expansive list of bills found below. 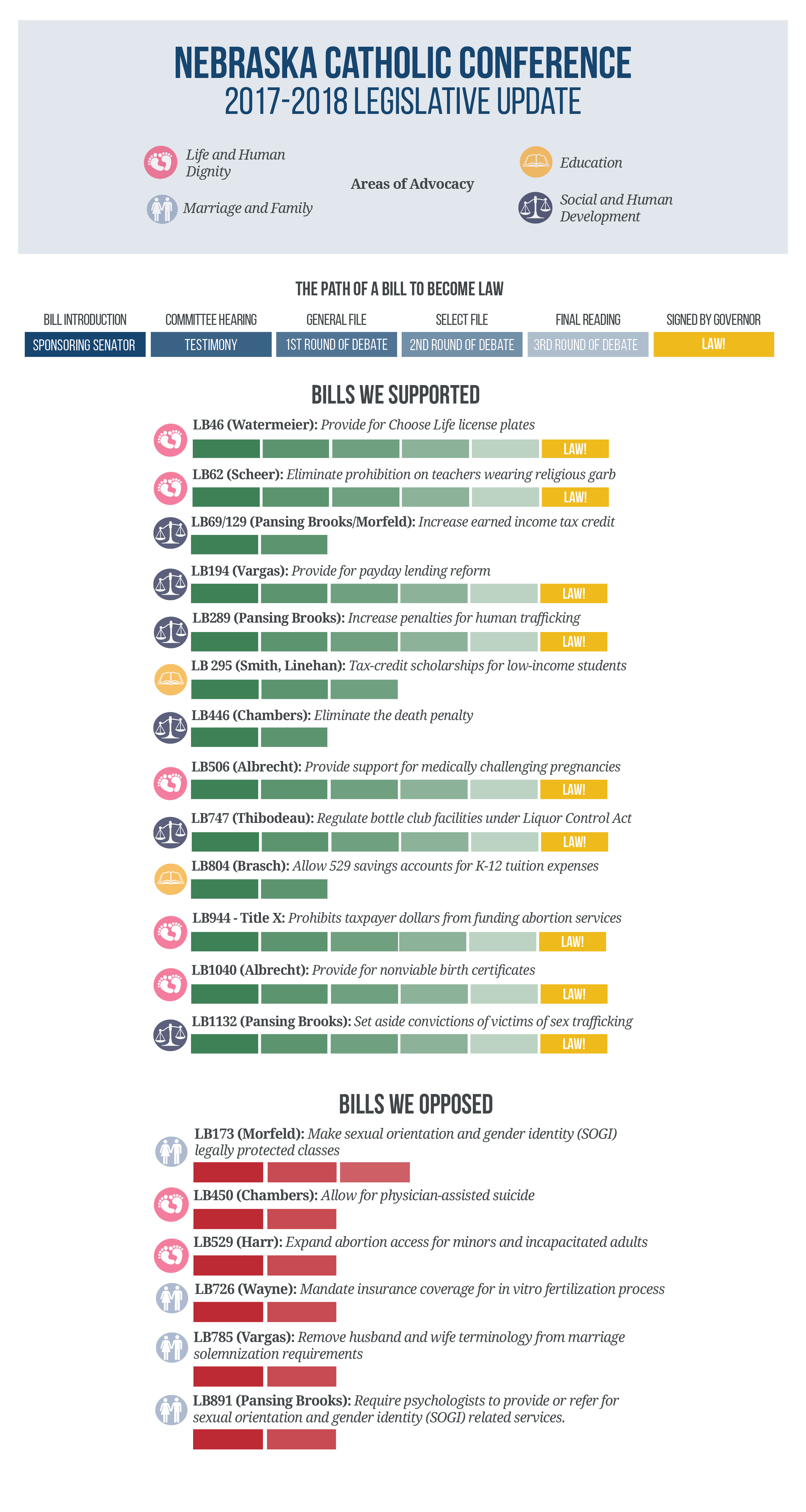